Mount Olive Temple was founded in 1998 by the late David R. and Marilyn Carter with the help of his family and a few friends. The original members of Mt. Olive Temple numbered only seven. According to the history he was reminded that God’s perfect number. Through many days of prayer and many spirit -filled services, Mount Olive Temple’s membership grew to the point they needed to find a larger place to worship. Pastor and Lady Carter began to negotiate a larger facility, and the rest is history.

God had brought them to the crossing point in life of the moving into the new place of worship. And on May 1, 2005 the journey began. Pastor David and Marilyn Carter received the keys to the new edifice for the congregation at 600 E. Alto Rd. and change the name to Greater Mount Olive Temple and were thanking and Praising God for their new home. Pastor David Carter was elevated to the office of District Elder of the ABSA Council of the Pentecostal Assemblies of The World In 2015, and Pastored at Greater Mount Olive Temple until his retirement as Pastor along with the retirement of his Lovely First Lady, Marilyn Carter, who played a very important role in the ministry on December 1st 2018. And they became subject unto Greater Mount Olive Temple’s new Pastor and First Lady, where they still attended services.  God called the former Pastor, District Elder David Carter, his faithful servant, from labor to reward on March 6, 2020. The former First Lady who is affectionately knower as Mother Carter is still very influential in the music department until this day.

Greater Mount Olive Temple family was praying to God for direction a new successor to succeed their Pastor who was retiring from Pastoring. And God had answered their prayers. God had sent them District Elder Allen and First Lady Arila of Word of Truth Tabernacle of Indianapolis, In. Where he was the Pastor and Founder. God had given them a new assignment and relocated them to Kokomo, In.

Pastor Arila was elevated to the Office of District Elder by The ABSA Council of the Pentecostal Assemblies Of the World In 2015, along with the Late District Elder Carter. Shortly after his   elevation to District Elder, God elevated him higher as he was appointed to Chairman over Ordination, Licensing and Credentials of the ABSA Indiana State Council where he works closely under the Diocesan, Bishop Charles Sims.

District Elder Allen and Lady Arila both have powerful testimonies, at age 12 Pastor Arila trained in boxing at the pal club under the Late Champ Chaney. But at the age of 13 a Korean gentleman by the name of Chul Koo Yoo began to train him in Tae Kwon Do, and trained him to become a world class fighter and excelled and became 3rd in the world. But this Journey was costly for him as Pastor Arila often testifies, God should always be first in one’s life but he put training locally and at the Olympic training center, travels, fighting before God in spite of his Pastor’s warning. God had given him3 warnings in which he ignored and God beat him down and turned his life upside down and he fell so far down in the pit, and lost everything that it was only God that could deliver him.

And when he had nothing and realized he was nothing without God It was there and then that God called him to the ministry under his father in the Gospel and Pastor, the Late Bishop Morris E. Golder. God began to raise him up because he promised God he would never go down that road again.

First Lady Carmen Arila affectionately called by her Pastor and husband pretty lady was first diagnosed with cancer in 2012 and it almost killed her twice (But God) after many chemo treatments and radiation treatments, and all of God’s people praying for her. God had helped her, the enemy cancer left its battle scars on her but so was the blood of Jesus was on her as well!

While she could not do some of the things she used to do in the church she still played a very instrumental part in the ministry and the enemy was mad. In 2017 the cancer had crept its way back again this time in more dangerous places. And again twice she almost died, “But God” He kept her for such time as this. Her faith never falter and the people of God ushered more prayers up to heaven and touched her body. Her testimony is, as she often said, she had to lose some of her abilities in order for her to perform a transformation in her life.

God made her into a show piece, If God did it for me, He can do it for you.

The Greater Mount Olive Temple Mission or objective is to offer salvation to every lost soul through the new birth (water and spirit) without bias, to liberate and educate humanity in the knowledge of Christ, to promote unity in the body through prayer, praise and worship, to promote spiritual growth and maturity as well as church growth among all believers, to equip Christians for service in doing the work of Christ in our homes, our communities, and abroad by the preaching and teaching of the Word Of God, nurture and encourage all who are discouraged, and yield to the leading of the spirit of God by walking in love as demonstrated and characterized by the standard of Christ until the Lord Jesus Christ returns. 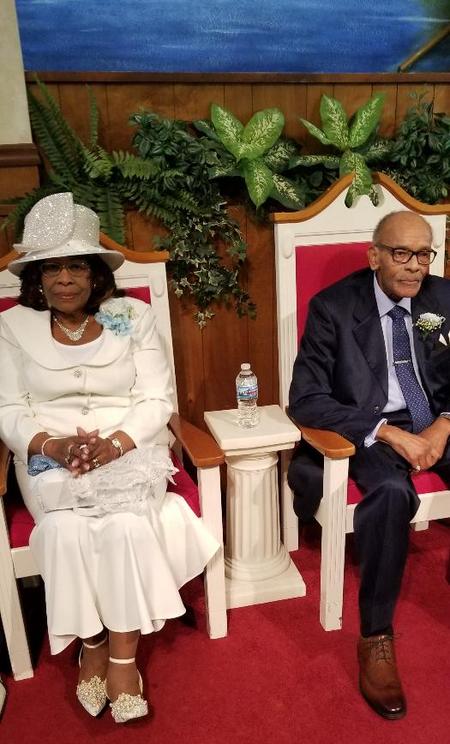 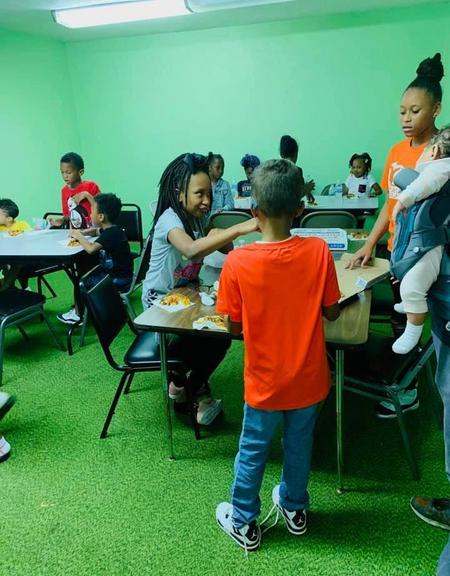